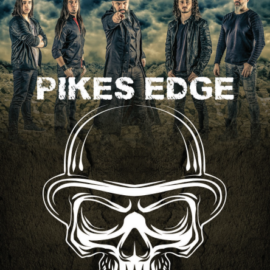 Almost a decade ago Pikes Edge was a quartet with an unrestrained power and endurance often unmatched by their peers. Clean heavy metal is hard to find within their scene, but they were bringing forth a dynamic sound that showcased their promise come 2012 when they dropped their debut, Nameless. Heavy Hardes called it a “remakeable debut” while Crossfire-Metal noted it was “A truly hones rock album. Very fresh and contemporary”